Papers in French and English

The age of the Prince

A lot has been said already regarding the sudden yet expected dynasty turnover in Saudi Arabia, with the nomination of King Salman’s son as the new Crown Prince in place of his nephew Mohammad bin Nayef (MbN). But is his age a disadvantage?
https://medium.com/@qdepim Link to Story

The experts and sectarianism

For as long as one can recall, leaders in the Middle East have always fanned the sectarian flame when it would suit them. Constantly accusing the others of all evils in order to hide their own deviance, keeping themselves in power while imposing severe violation of Human Rights onto their own populations.
https://medium.com/@qdepim Link to Story

Global, and among it Western, absolute disinterest surrounding the complete destruction and loss of Mesopotamian millennial heritage, demonstrates a misplaced arrogance of “civilized” world toward the core definition of Civilization. In May and June 2015, the international community grieved upon the threat and eventually the destruction of Syrian Palmyra ancient temples, and UNESCO World Heritage site, by the so-called Islamic States fighters.
https://medium.com/@qdepim Link to Story

RIEAS Exclusive: (THE COLLAPSE OF ISIS IS IMMINENT AND INEVITABLE. THE QUESTION IS: HOW WILL IT HAPPEN?)

8 September 2014. Al Baghdadi's major strategic failure has been his choice of the Fertile Crescent as the region for the establishment of his Khilafa. His dream of reestablishing a Sunni caliphate with roots in Iraq and Syria will eventually be crushed by the field's realities and only exposes his own lack of knowledge about the region.
RIEAS Link to Story

For several years, I worked at Nane Editions, a French publishing house that focuses on explaining national and international administrations to young audiences. At Nane, I wrote and co-wrote 6 books whose topics included the French Ministry of Foreign Affairs, the French Gendarmerie Special Forces and also the French National Police (www.lacollectionducitoyen.fr.)

For two years, I traveled the GCC countries with a photographer to document the works of more than 20 Urban Artists in Bahrain, Kuwait, Oman, Qatar, Saudi Arabia and United Arab Emirates. The result of this project is a 6 book series describing the societies through the eyes of these border pushing artists. (https://tothearabianstreet.wordpress.com)

I lived in Sana'a, Yemen, in 2008 for a year. I worked in Kuwait for several months in 2006, on the World deepest onshore rig at the time.

I created a blog called Watch Ducks, which compares the views of various journalists' on important and polarizing international issues. 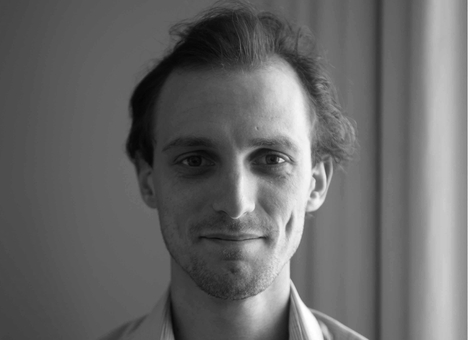